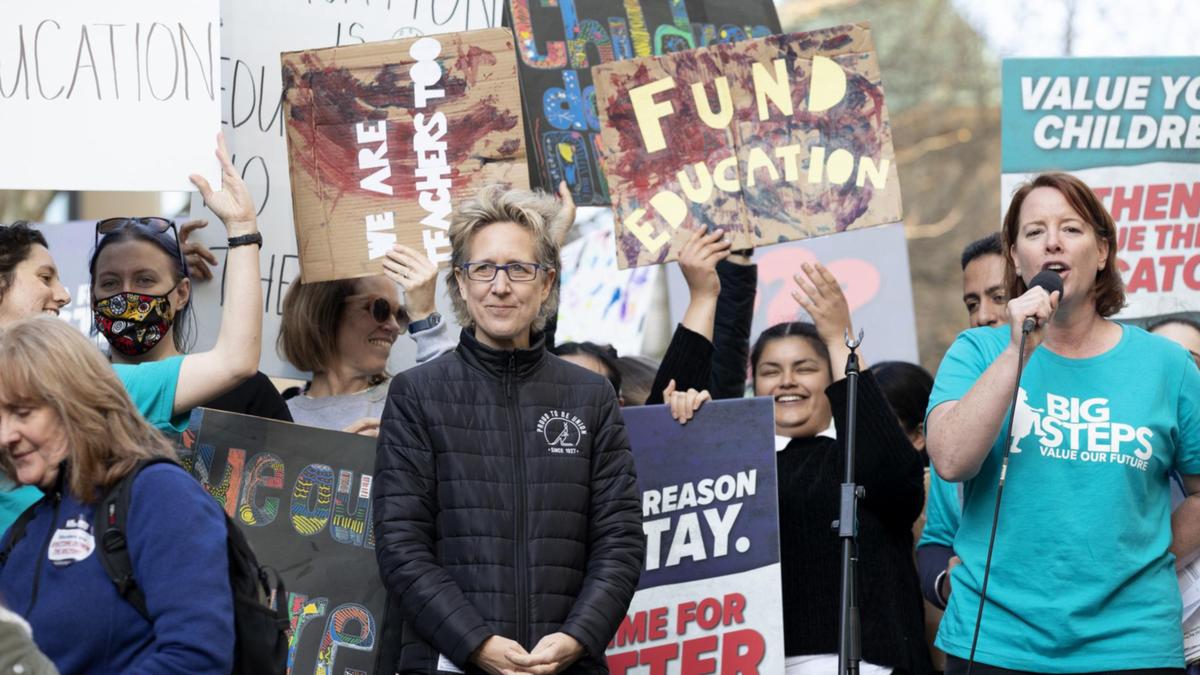 Sally McManus has launched a fresh attack on Peter Dutton and the opposition, blaming them for pursuing “relentless, repetitive and ridiculous anti-union rhetoric”.

In a speech to the National Press Club, the secretary of the Australian Council of Trade Unions congratulated the new Labor government on the success of its jobs and skills summit last month, which she said heralded a new era of rights workers.

But she faulted the Liberal leader for not sitting down with unions and industry and maintaining an outdated view of non-collaboration and non-cooperation.

“It is clear that the opposition can find little internal consensus on the key issues facing Australia – gender equality, integrity and climate change,” Ms McManus said.

“But it seems there remains a safe space for the Liberal Party – to denigrate people who join unions and continue to call people who represent workers ‘union thugs.’

“The anti-union position of the new leader of the opposition is not new and it is certainly not original. This hyper-aggression and demonization of unions had its genesis in 1983.”

She called it a “30-year war,” a campaign that “has resulted in falling real wages, workers not sharing in productivity, deep levels of job insecurity; widening and glaring disparities in income and wealth, and one of the most gender segregated workforces in the OECD”.

“As we try to solve the wage crisis, job insecurity and the gender pay gap, we will be subjected to the language of the ’30-year war,'” she said.

“Peter Dutton and Michaelia Cash will try to build on the cartoons to create something scarier than people who can’t pay their bills.

“Here are three vintage tunes you can expect to hear: the ‘wage price spiral’; second, the hypothetical scenarios of strikes in “mom and dad” small businesses; and finally, the use of the term “union thug”.

Ms McManus said Australians had voted to change governments to shake up wages again, and the opposition could not afford to be left behind.

“They will use the old anti-union cartoons as a way of not having to defend their system of keeping wages low,” she said.

“Australia can and should be so much better than this.